Basketball as a sport have had high numbers of Māori either playing, coaching, officiating at all levels or working in local Associations. Māori have represented their country in both the Tall Blacks and Tall Ferns and all levels of national age group teams and our people are going from strength to strength within playing and officiating circles.

Māori Basketball NZ have appointed their Board in alignment with the standing constitution. 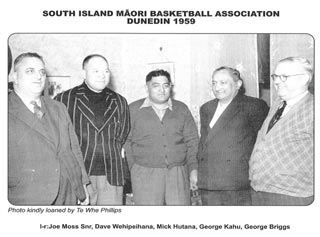